Cyberpink (Cyberpink.net) is a sci-fi comedy/adventure series about five girls who move to the terraformed moon in search of fame and fortune, and find themselves at the center of a conflict between robots and humans.

When a mysterious string of disappearances pits humans against robots, they run afoul of an anti-robot music booker, forcing them to choose between their dreams and doing the right thing.

The series follows their fight against the Anti-Robot Coalition as they work to uncover the actual cause of the disappearances and ultimately unite humans and robots.

Thematically it’s a story about the power of friendship and “the family you make,” in direct contrast to the issue of “other-ness” and division. 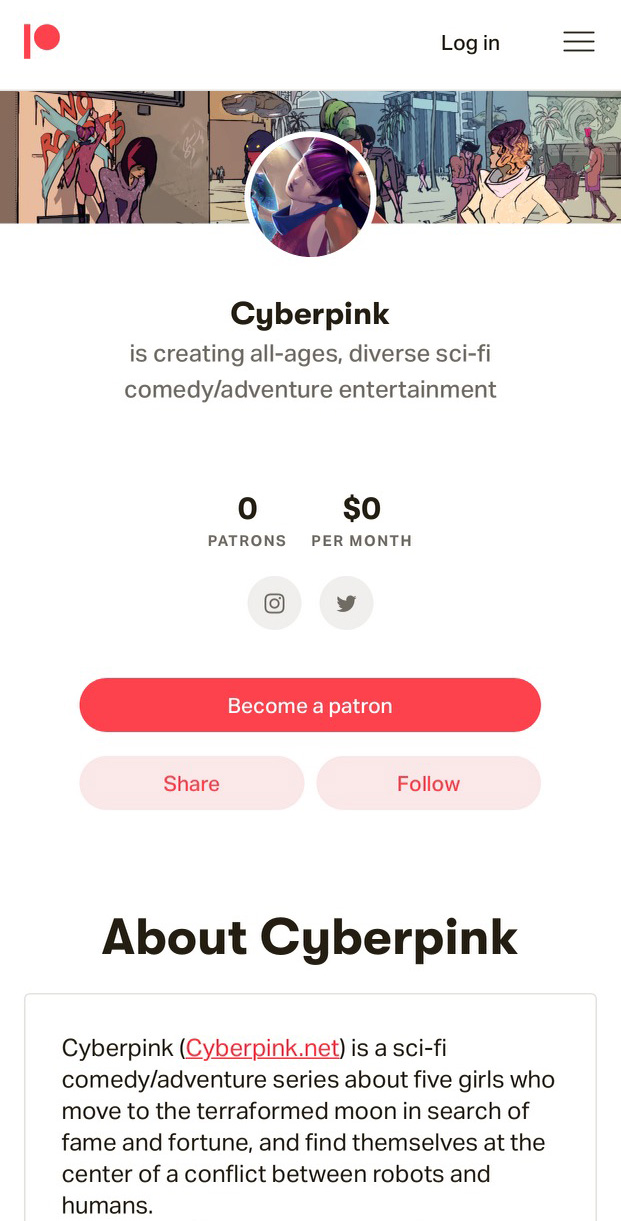