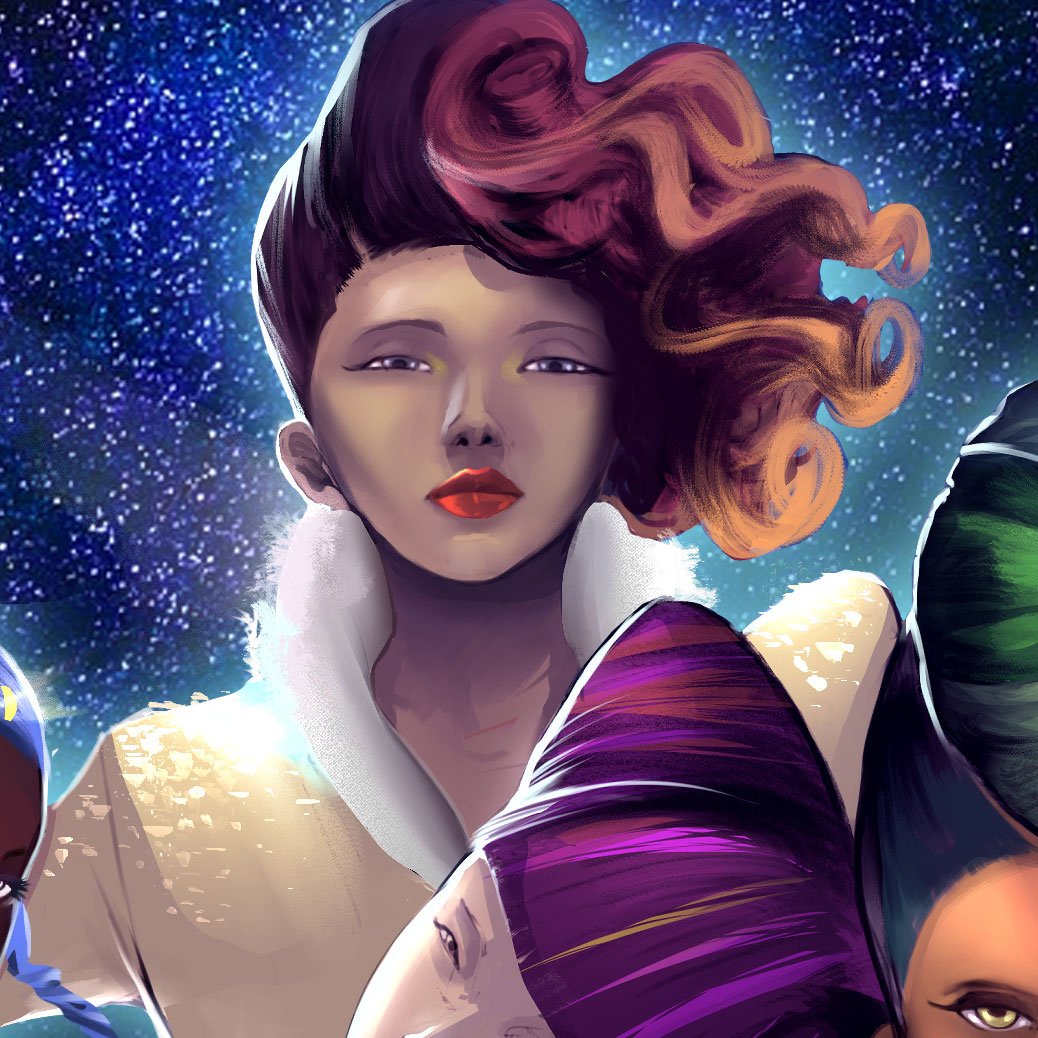 A fierce and wry observer of situations, L (and her younger sister Stacyÿ) come from a monied, high-society family of 23rd century New York.

Eschewing the social functions and ultra-rich circles of her parents, in high school L preferred the company of the punks and outcasts, and made a point of sticking up for the misfit girls against the debutantes who should have been her social inferiors. She even briefly formed an “Anti-Mean Girls League,” for which she earned her first suspension.

Her war against the debs reached a new level when they attacked Eva and unwittingly destroyed Stacyÿ’s end-of-year fashion project. L responded by working with Infiniti to sneak a fake shampoo called “Lovers By DĀ” (unscrambled to “So Very Bald”) into the debs’ graduation gift bags, with unintended and unfortunate consequences.

She’s very protective of her slightly younger sister Stacyÿ, and harbors guilt for getting Stacyÿ in trouble back on Earth.