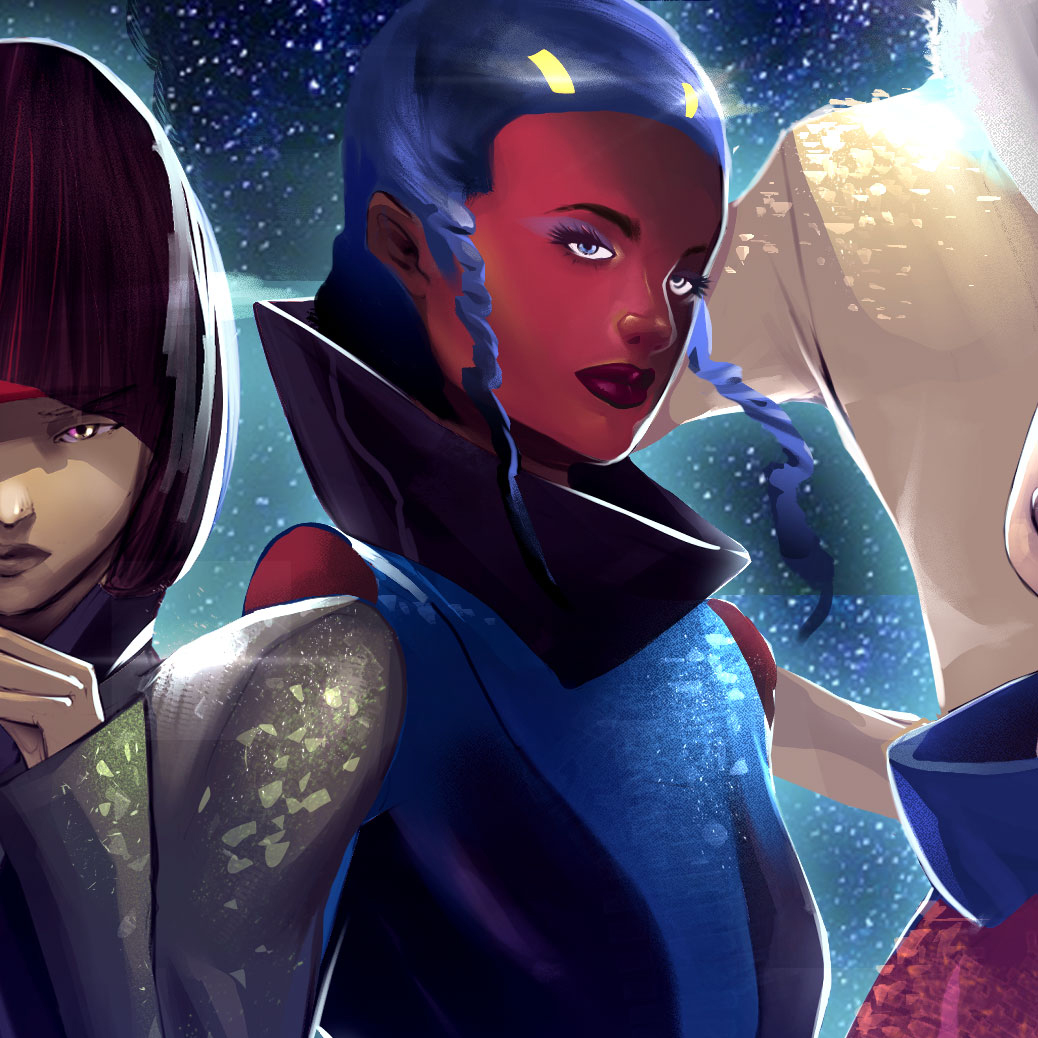 After her older brother — on track to become a famous scientist himself — died of a rare disease her father was unable to cure, her parents retreated into the whirlwind of their careers, filled with talks and book-signings.

They are extremely disappointed in how Infiniti tarnished her academic future with the graduation “stunt” that made college admission difficult in spite of near-perfect grades.

Infiniti absorbed a wealth of knowledge from her parents, and her outsized technical and scientific abilities landed her an assistant role with Dr. Corbyn Vaughn on Luna, her only path to professional redemption.