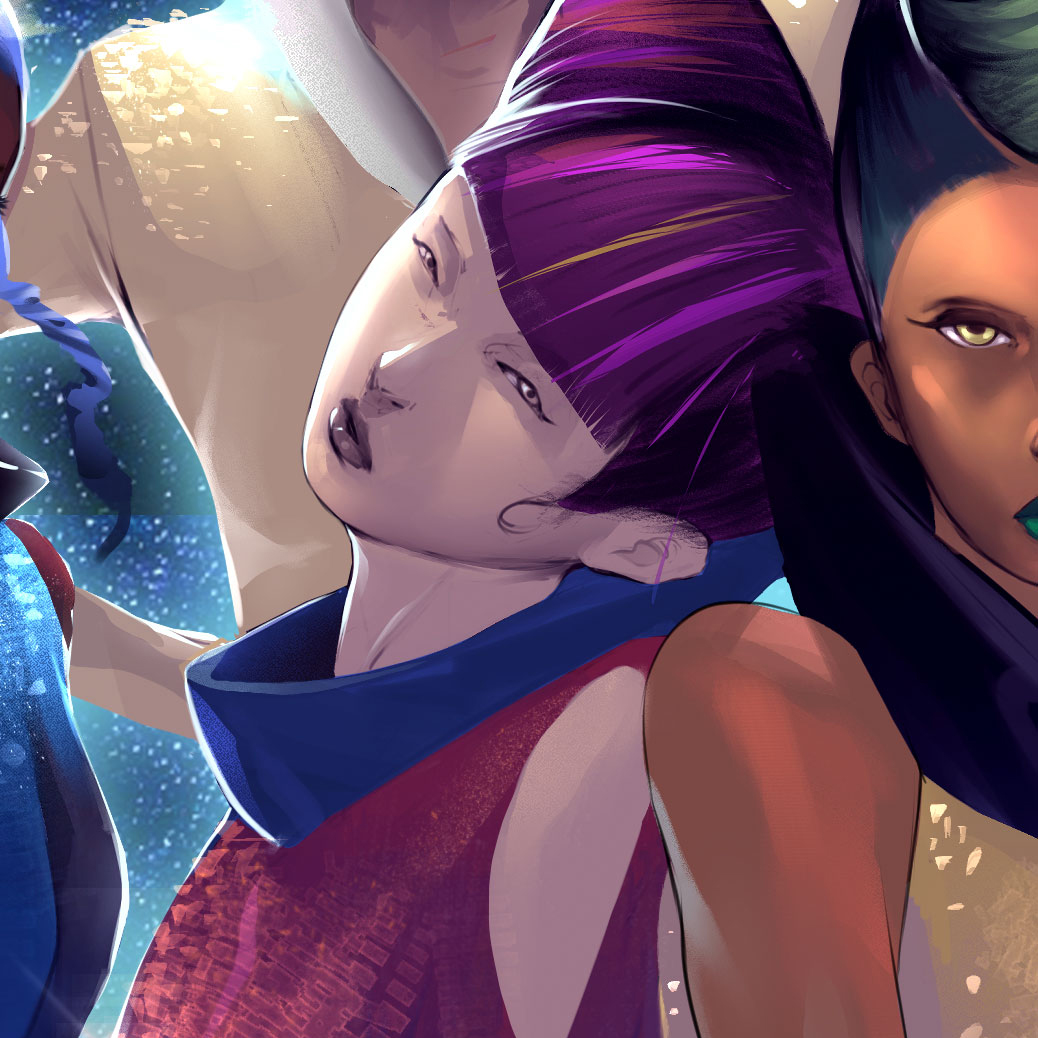 Eva, a former high school track star, tends to be more of the “strong, silent type,” and is prone to a certain amount of pessimism.

When Eva was ten, her parents left her in the care of a babysitting robot and were never heard from again. The case was never solved, and Government allowed her to be “raised” by the robot with frequent social worker visits.

She searched for her parents for years online until she decided to stop looking in order to “live her life,” but it still haunts her.

One day in PhysEd, picked on ruthlessly by the debs, she lost control and pinned Aspen Colby, humiliating her. When Coach Deligne lied to the principle, claiming Eva started the fight, Infiniti — who didn’t know Eva well — posted a video of the event along with a video of Coach Deligne singing in his underwear.

This bonded Eva to Infiniti, and led to the debs’ retaliation against Eva that kicked off the series of unfortunate pre-graduation events.

A jazz drummer, she’s the most “serious” musician of Cyberpink, and is a fan of Buddy Rich, Art Blakey, and Cindy Blackman.