Ethan at Love is Grind 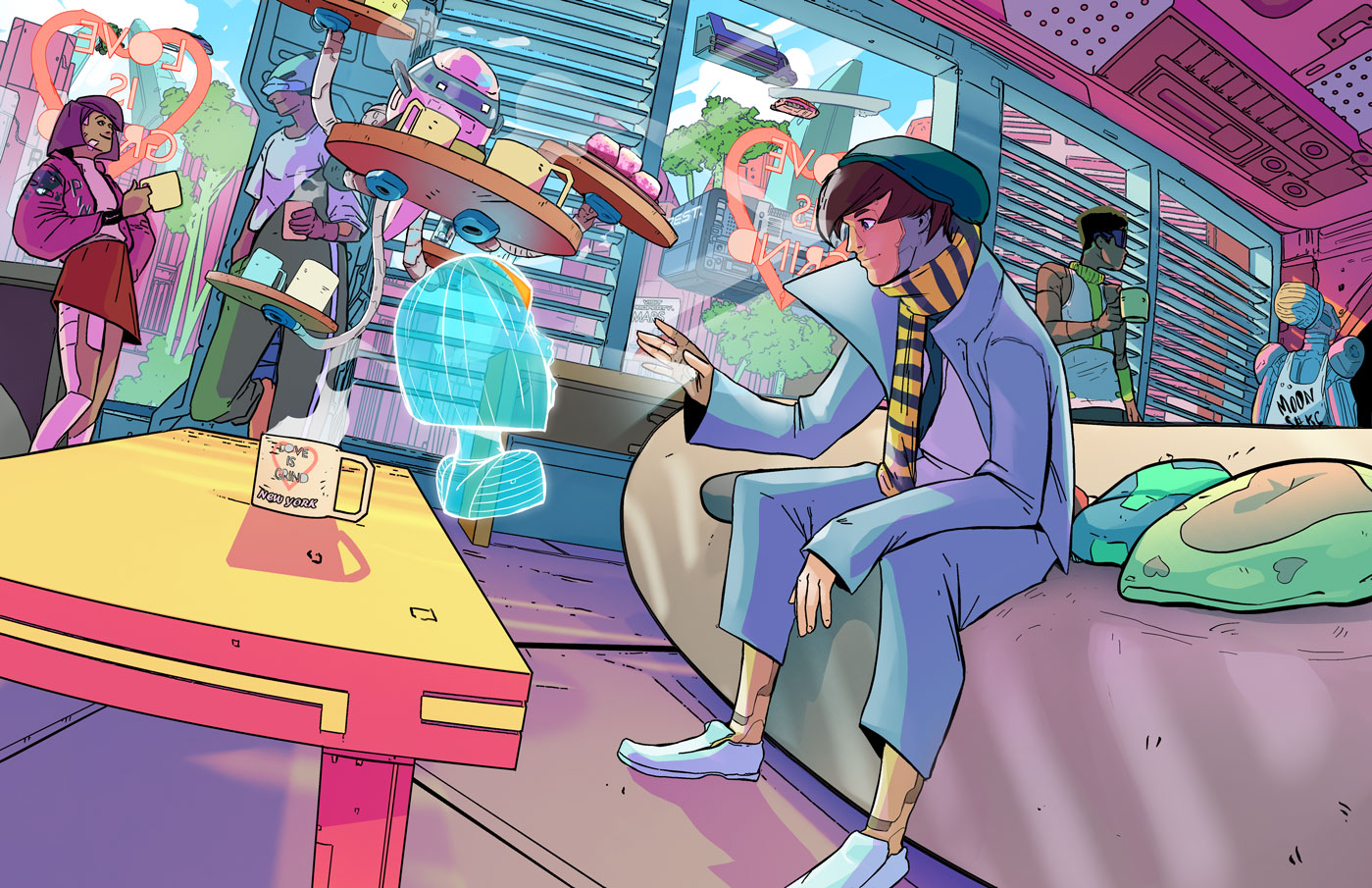 18 May Ethan at Love is Grind

Posted at 23:02h in Cyberpink, Featured by admin
0 Likes

Loathe to stir up trouble or bring attention to himself, Ethan is widely known as a “normal dude,” spending most days at the local Love is Grind coffee franchise in downtown Manhattan.

On the rare occasion Stacyÿ and Ethan got “heat” for their relationship growing up, it was always L who sprung to their defense, in large part because of her tendency to be overprotective (sometimes aggressively) of Stacyÿ.

On the weekends you’ll find him playing hoverball or watching holo with friends. 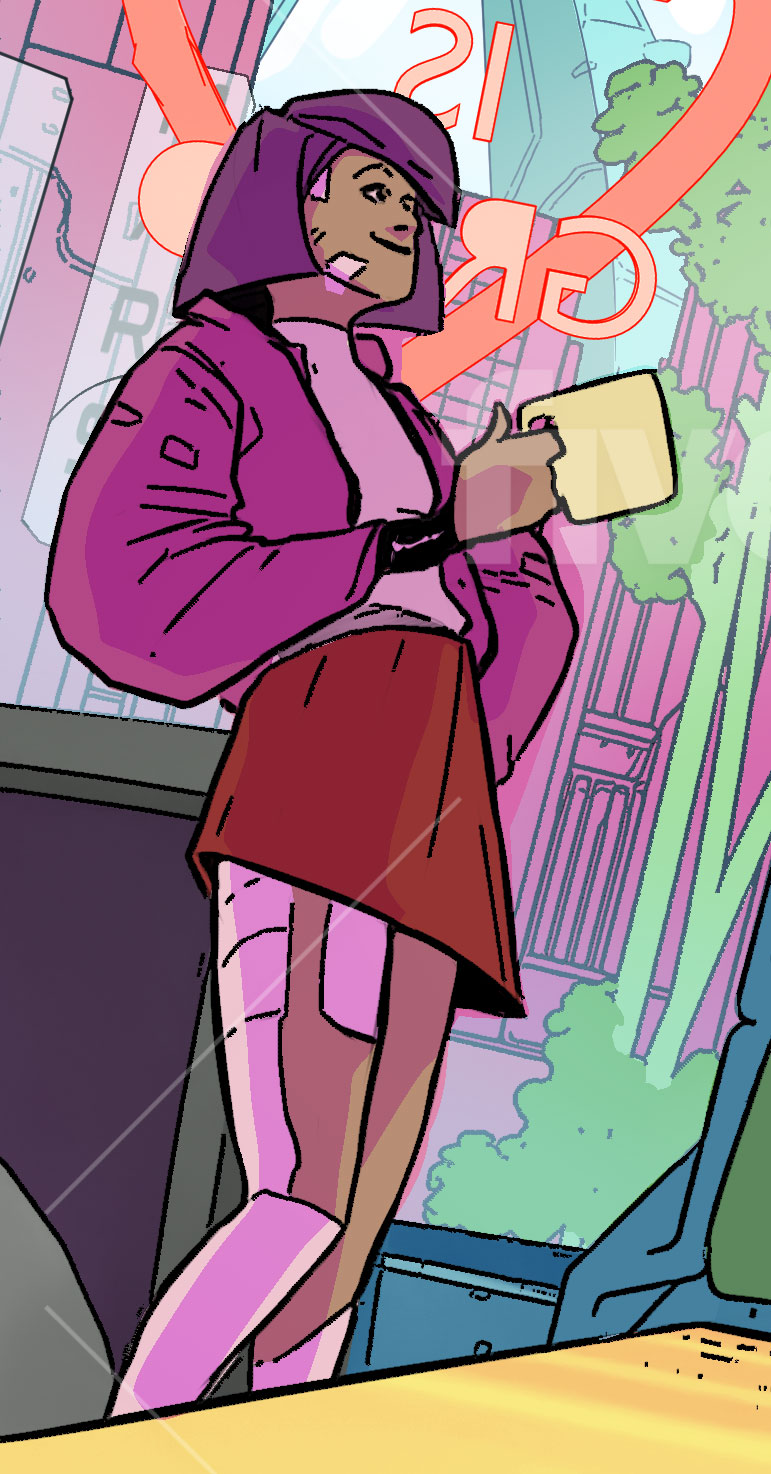 By 2245, bioplastic — first developed to “grow” structures such as buildings and highways — has found new life as a method of growing and developing robots from a zygote, set to mature according to a human timeline. Bioplastic robots can have human or robotic parents, and be gestated in utero or “ex-utero” (in an in-home machine) for 9 months.

Like humans of the 23rd century, they cease to age beyond 26.*

These newer bioplastic robots tend to be favored (consciously or unconsciously) by humans, or even other robotics, over the “legacy robots.”

As a result, most legacy robots work and save to purchase upgraded bodies.

Like all new sentient lifeforms, the creation of a new bioplastic robot requires a license.

*Although humans’ “biological clocks” stop at 26, reversal of biological age won’t be developed until 2271. As a result, there are still many “legacy adults” in the world of Cyberpink.